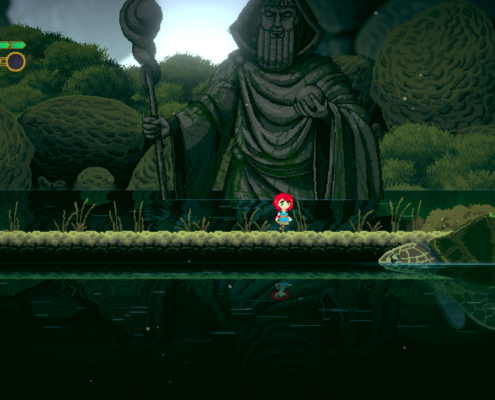 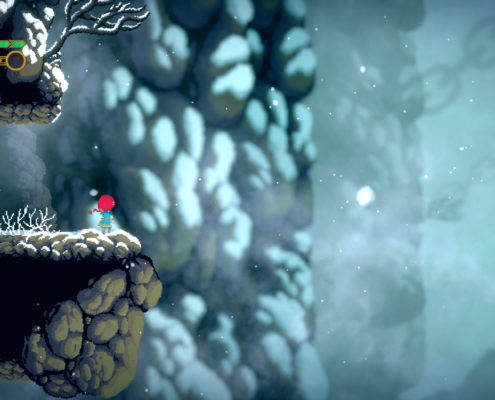 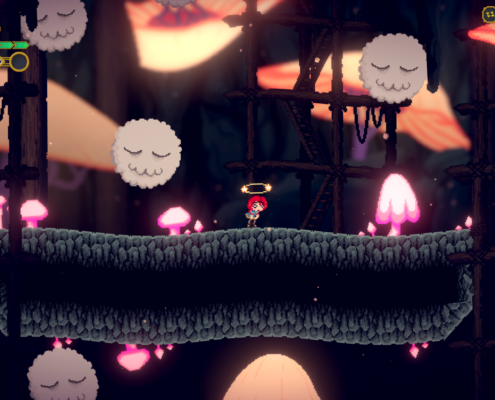 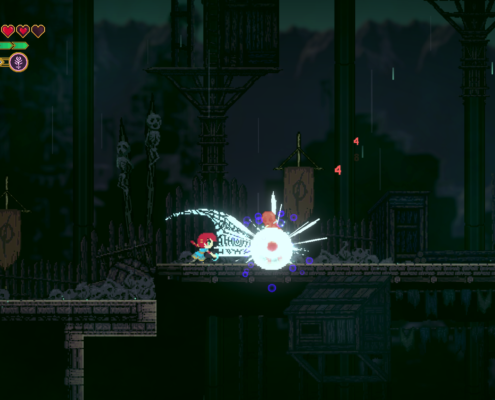 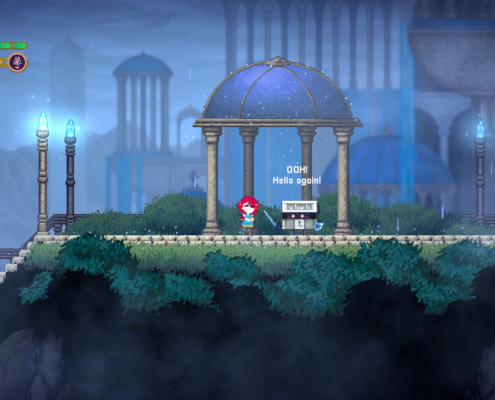 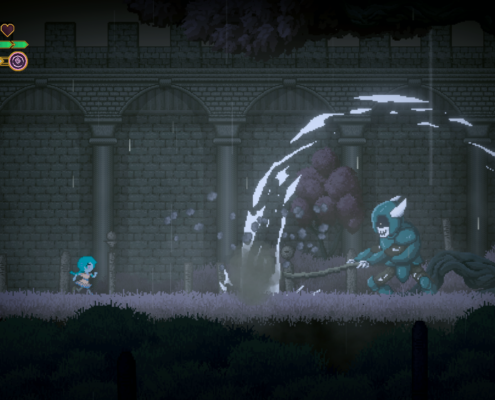 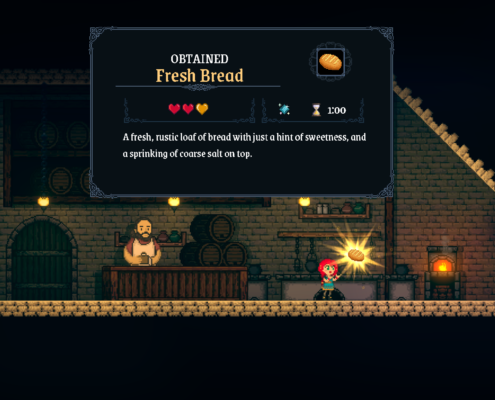 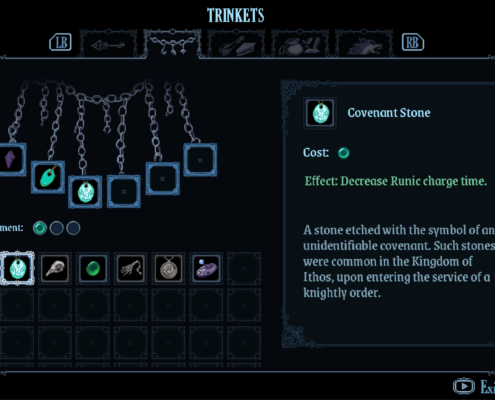 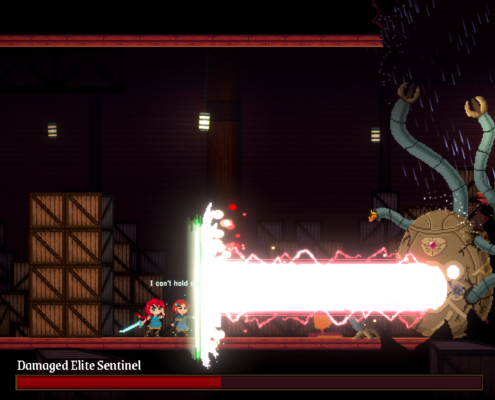 Rune Fencer Illyia is a massive metroidvania where you explore a cursed island in order to find your missing twin sister and uncover the mysteries of a fallen kingdom.

Rune Fencer Illyia focuses a lot on exploration and combat; there are tons of secrets hidden throughout the world, and Illyia has the ability to temporarily steal Runes from any enemy in the game and use them to create awesome new spells to be used in combat.

There is also a strong and compelling storyline, and Illyia encounters a wide range of quirky, interesting characters (including a friendly mimic adventurer!) on her quest.

I’m Alex M-O (You can call me AMO!) and I’m the creator of Rune Fencer Illyia and co-founder of Nootbox Games.

We’re an extremely tiny studio working out of a bedroom, the only other full-time member being my partner and wife, Shirley. We’d both worked professionally in the game industry before deciding to make games for ourselves.

I’m a game designer by trade, and I handle all of the art direction, game and level design, story elements and FX. Shirley handles the vast majority of art assets, animation and marketing for the studio.

We also have two fantastic contributors who work with us: our programmer Maciej Pierzynka, who handles the heavy lifting on the code side; and our composer Daniel Swearengin, who makes RFI’s wonderful soundtrack.

A lifetime of enjoying metroidvanias and platformers, as well as Action-RPGs, particularly in the SNES/Playstation/N64 era!

As I mentioned above, I’m constantly inspired by the greats: Castlevania, Metroid, Zelda; but also love more modern games that have heavy exploration and atmospheric elements, like Dark Souls and Hollow Knight.

My one wish is to have the honor of being uttered in the same breath as these legendary games.

And thank you for having us!

Rune Fencer Illyia will be on Steam for PC in 2021, with consoles (like the Nintendo Switch) hopefully following soon after!

Please make sure to wishlist us, everyone!

Alwa’s Awakening is now available on itch.io!
Scroll to top