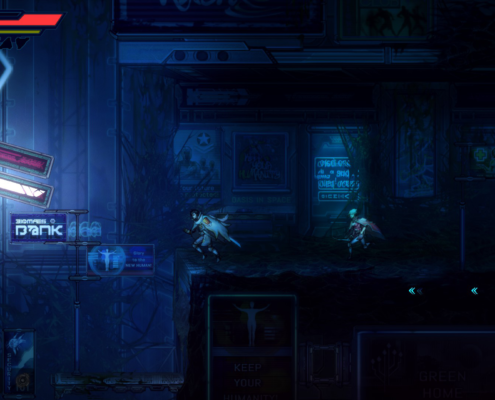 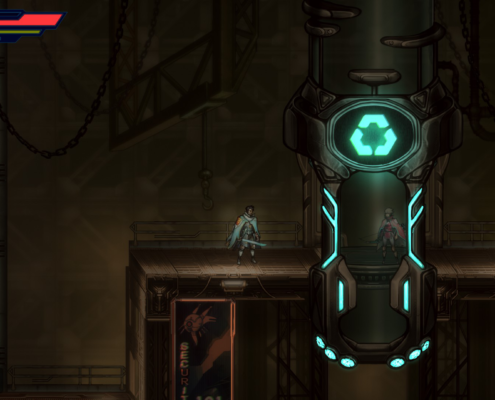 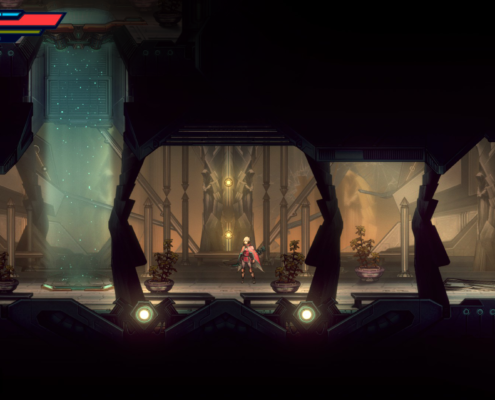 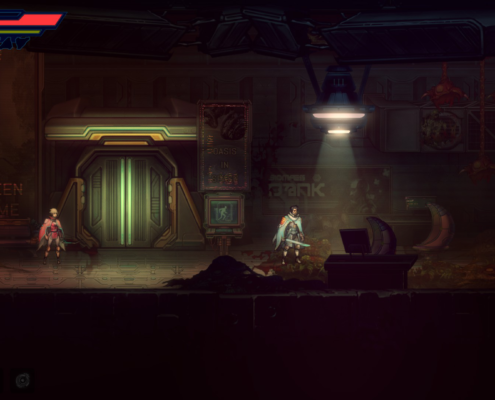 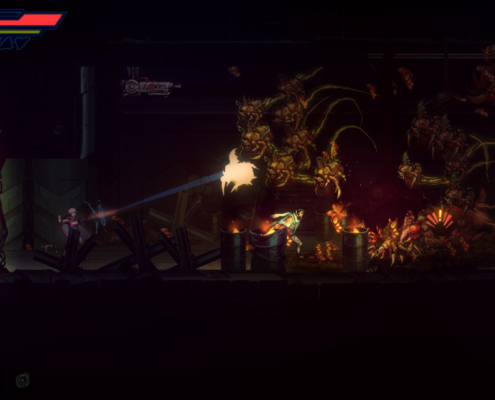 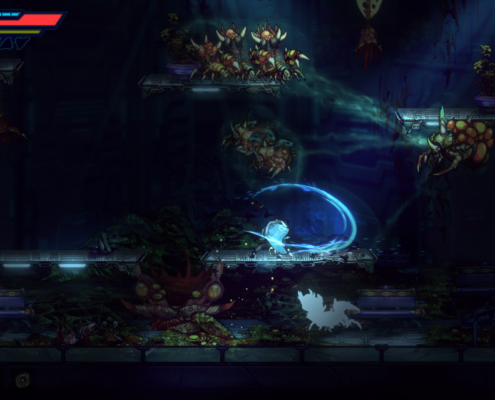 Anima Flux is a couch co-op metroidvania with two genetically enhanced soldiers, special agents of a theocratic dictatorial regime. Fight your way through swarms of mutants through a desolate, dystopian space city and save humanity’s last stronghold, if, of course, anyone is still alive…

The only human city located on the space ark is subjected to an organized mutant invasion. For the sake of survival, a theocratic totalitarian regime sends its best troops to rescue the city and eliminate the threat.

Take control of two elite soldiers, combine their unique abilities and skills. Finesse your way around through the most ferocious foes. Act bravely and fearlessly. After all, you can trick death, by transferring your anima with the latest implant technology. Don’t get consumed by fear of death, because the truth is grimmer.

Couch Co-Op Metroidvania. The unusual spin of the genre turns the classic metroidvania into a fun, couch co-op adventure. Both characters develop differently as the game goes on. Explore the grim locations of the space ark, rescue an ambushed or seriously injured partner. Get challenged by dangerous mutants and build your own boss-fight strategies together with a friend. And the best part is that you can always switch to single player mode if your pal is not around.

A mind-blowing dystopia – the story is set in a highly detailed game world, told in stunning hand-drawn animated cutscenes, and elaborated in dialogs full of irony. Tragic and intriguing fates of the supporting characters will immerse you into the human world of the far future, where moral and ethical issues trouble the mind more than ever. Search for the truth and prepare for incredible twists and turns.

We are originally from the Republic of Moldova (Eastern Europe) and the team is hosted in the local company named Avantaj Prim SRL. The company has been working since 2005, and since 2017 has started to work on game development projects as a new way of business.

Also, we have a US partner represented by JollyCo LLC, Miami, Florida, which invests in the game. The game will be published on behalf of a US company.

Closer to the release period we will be looking for a partner who could take all the marketing and publishing issues upon yourself to make the best sales.

Nostalgia. It all started with a desire to create an interactive retro sci-fi comic from the 80s and 90s. Later it was developed into a platformer with a deep storyline and crafted game lore.

The demo will be released in March on Steam, the game is coming closer to the end of this year, 2023.